At least a pimple will eventually fade.

Sun Bin is said to be a descendant of Sun Tzu. He was falsely accused of treason by the envious Pang Juan. King Hiu of Wei condemned him to face-tattooing and removal of the kneecaps. He was crippled and forever branded a criminal.

Pang Juan was devious enough to keep Sun Bin from initially discovering that he’d been the one to report Sun Bin to the King. He even went as far as to take care of the mutilated Sun Bin, encouraging him to write down his knowledge on military strategy. He planned to kill Sun Bin once the text had been completed.

Sun Bin couldn’t be fooled for long. He had to feign madness just to escape Pang Juan. His envious mate was not easy to deceive; to test the validity of Sun Bin’s psychosis, he was locked up in a pig stye. So as not to give himself away, Sun Bin effectively played along. He made Pang Juan believe that he was enjoying himself, consuming animal feces in the process and saying that he rather liked it. 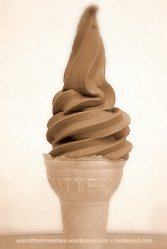 For now, not the most appropriate imagery.

These were quite extreme measures. I hope I will never have to eat feces in all my life. Though I am also aware of the amount of unmentionable creepy crawlies that the FDA allows–to a certain degree—in bars of chocolate. I don’t know what’s worse.

Pang Juan, at this point, was fully convinced that his colleague had lost it and lowered his security over Sun Bin. He, then, escaped from the state of Wei and took refuge in the state of Qi where he was nurtured back to health.

I do not know how he did it without kneecaps, but it was done. To Sun Bin, it seemed, he did not think within the realms of possibilities and impossibilities. He only saw tasks and their levels of difficulty. I imagine he must have thought: “Eating animal excrement will be upsetting, especially to my stomach, but it’s not impossible.”

Knowing that he would be a liability on the battlefield, being unable to walk and all, he aided the King of Qi as a military strategist. In one battle, much like Sun Tzu and similar to the manner he acted to escape Pang Juan, Sun Bin feigned frailty to be able to maneuver his enemies actions.

Incidentally, Pang Juan, was leading the enemy troops. Seeming weakened and ready to retreat, Sun Bin convinced the enemies to attack his army. In their pursuit, Pang Juan and his men became easy prey for an ambush; they were quickly annihilated. Humiliated, Pang Juan cut his throat.

Sun Bin’s strategy against the army of the State of Wei was recorded in Chapter 1 of his Art of War, aptly entitled “Capturing Pang Juan”:

1. A southward march at the initial stage of the war, to avoid a decisive battle with Pang Juan.

2. Launching a false attack and feigning retreat and defeat in Pingling, which reinforced Pang Juan’s determination to attack Handan.

3. Direct advance on Kaifeng (capital city of the Wei State) to force Pang Juan to turn back to rescue Wei.

4. Ambush at Guiling to destroy the enemy in one move. 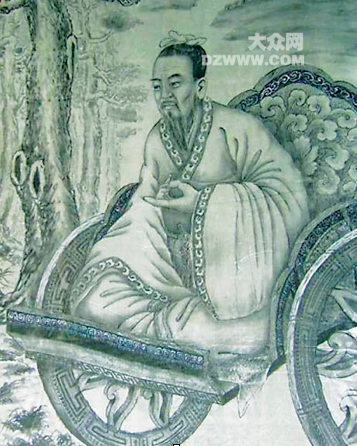 “To be victorious against the major opposition, one must possess the strong character of quietly maintaining the deceptive state of shaping and influencing the opposition by avoiding direct conflicts and confrontations until the primary weak point of their opposition is pinpointed. At that stage, he or she focuses on conquering the opposition via one major battle with great speed and precision amount of force.”

It is a standpoint that allows the “quietly smart and steady of this world” to succeed against the “Goliath.” -Sun Bin

4 thoughts on “How to battle without your kneecaps?”