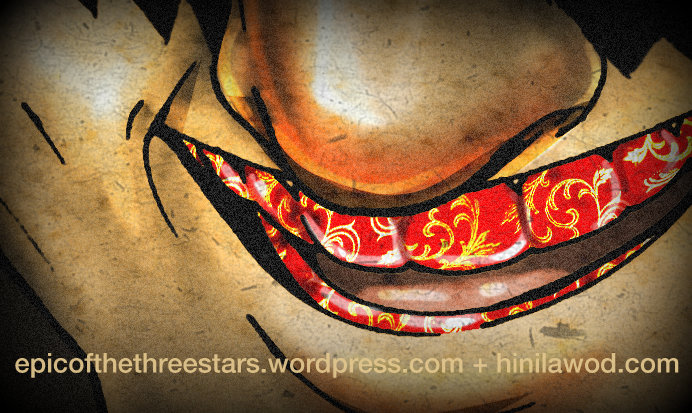 Ancient Visayans had a form of decorative dentistry: filed or stained teeth. Ancient Visayans believed that this practice differentiated them from wild animals, whose teeth were bare and white.

Anipay root would be chewed to give them a black color. At times tapul, a tar-based coating, would be applied to the teeth to make them look like black ebony. It also served as a protective coating.

Kaso flowers were also used to color the teeth and fingernails a deep shade of red. Their most impressive works with the teeth, however, involved the use of gold. The elite, who could afford such procedures, would have their teeth polished black or red and have “filigree-like” patterns of gold crafted onto their teeth.

The picture up there is part of a drawing I made, he’s going to be one of the future characters in the comic. You’ll find out who he is soon enough.